Have you ever wanted to see yourself in the world of Runeterra? Well, now's your chance.

Enter the League Avatar Creator, where you can use a variety of hairstyles, outfits, accessories, and more to get all dressed up just in time for the Arcane celebration. The wardrobe’s full of amazing equips crafted by a host of artisans, so be sure to check them all out!

Explore the Piltover Council Archives and dive deeper into the world of Arcane!

Objective Bounties is a new mechanic that activates when a team falls sufficiently behind their opponents. Bounties grant losing teams more strategic options for a comeback, allowing teams to turn the match around by taking objectives marked with bounties.

The catch? Once activated, objectives are highlighted on the minimap for both teams, so there’s a chance for the team ahead to stay, well, ahead by denying the losing team their bounty. However, if the team that’s behind successfully takes a highlighted objective, every member of their team will receive additional gold.

A number of Mythic and Legendary items are coming to the Item Shop during Preseason 2022. Take a look through each item and see what you may be saving up for the next time you're on the Rift.

We're hoping that these new additions will give players more itemization options and we'll be keeping our eyes and ears open for your feedback!

Crown of the Shattered Queen

New Mythic item for mages that grants users ability power, health, mana, and ability haste. Crown of the Shattered Queen also has a unique passive effect that applies Safeguard which reduces incoming champion damage for a period of time after the holder takes damage. While Safeguarded, the holder also gains bonus ability power.

New Mythic item for tanks that grants health, ability haste, armor, and magic resist. Evenshroud's unique passive applies Repent on immobilized enemy champions and all nearby enemies, increasing the damage they take for a short period of time.

New Legendary item for mages that grants holders ability power and health. Shadowflame's unique passive grants additional damage based on bonus magic penetration, based on the target's current health. Holders can also deal the maximum damage if the target was recently affected by shields.

New Legendary item for assassins that grants holders attack damage, lethality, and ability haste. Axiom Arc's unique passive refunds a percentage of the holder's ultimate's cooldown if an enemy champion dies within a period of having damaged the holder.

New Legendary item for tanks that grants holders health, mana, and ability haste. Winter's Approach's unique passive gives the holder bonus mana when they strike a target with an ability or basic attack and consume a charge. When the maximum bonus mana is reached, this item transforms into Fimbulwinter.

Fimbulwinter is the transformed version of Winter's Approach. Immobilizing an enemy champion (or slowing a melee champion) consumes a percentage of the holder's current mana and grants a shield, absorbing damage. The shield is increased if more than one enemy is nearby.

A few keystones are being reworked for Preseason 2022.

These changes will hit live servers on November 17, 2021.

To learn more about Preseason 2022, check out these additional resources:

In order to streamline Caitlyn's future development when it comes to her visuals, skins, and overall cohesion, we've given the Sheriff of Piltover an Art and Sustainability Update (ASU)! But, what does that mean? Keep an eye out for:

We've also made small VFX updates to the in-game models for Jinx and Jayce. On top of his VFX, Jayce has also received minor SFX updates as well.

You can expect these changes to hit live servers on November 17, 2021.

Want to learn more about ASUs?

Excited and ready to celebrate the release of Arcane? So are we!

In fact, we're so excited that we ended up creating a set of free skins, inspired by Arcane, for all players! You can earn all of these skins via missions in-game starting on November 8, 2021. Once you've completed the related missions, you’ll receive the Skin Permanent and its corresponding Champion Permanent in your Loot tab.

These skins won't feature new VFX or voice lines, but will channel the style of each champion within the world of Arcane. Don't worry if you don't get to all of them. These skins will be available for 975 RP after December 9, 2021.

This event will include a number of free goodies:

One Arcane Capsule via watching either:

A variety of loot from the World of RiotX Arcane:

Celebrate Arcane
on the Rift

Starting November 6, 2021, keep the Arcane party going on the Rift with a variety of thematic updates and features including:

*Map accents include everything from turrets to minions, so keep your eyes open for any Easter eggs on the Rift. Just be sure to check everything out before they leave on December 9, 2021!

The World
of RiotX
Arcane

Explore Summoner's Park, the League of Legends district in the World of RiotX Arcane! There, you'll interact with NPCs and advance through Missions, earn rewards, and save the world in the process.

Can you find all the secrets and Easter eggs in Summoner's Park?

To expand on the Arcane experience within League of Legends, the free champion rotation will feature Vi, Jinx, Jayce, Caitlyn, and more from November 6, 2021 to December 9, 2021. 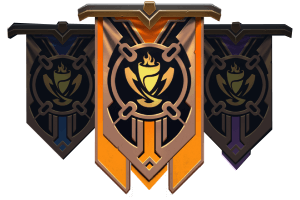 Another year, another season! From your first placement game to today, all of your hard work from Season 2021 will finally be rewarded.

But, before we hand out the shiny rewards, make sure to get that last rank grind in before the season officially ends on November 15, 2021 at 11:59 PM local time.